Home » Analytics » Does the government plan to carry out the deregulation?

Does the government plan to carry out the deregulation? 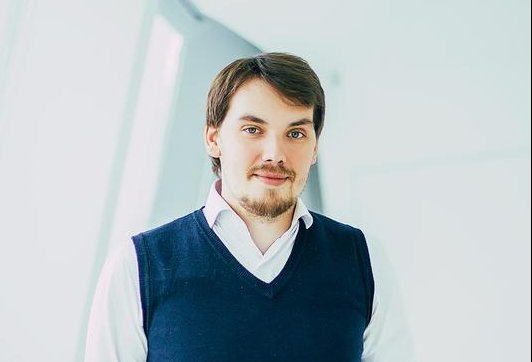 The head of the Better Regulation Delivery Office Oleksiy Goncharuk told about the principles and terms of major changes in the regulatory environment in Ukraine.

– Why did the government adopt such a decision – to abandon the “deregulation guillotine”?

– In fact, the “guillotine” is nothing more than a marketing name. At different times, different people gave this name to processes of various forms and contents. At some point, this brand was created and became promoted. I would never give any name to the processes that we start. If someone likes the name “guillotine” – all right then. Someone likes another name – the same answer. The name doesn’t change the main point of the reform.

That’s why, I would not say that we completely reject the reform principle chosen before which many people called the “guillotine”. We will improve it.

We need to treat the regulation with caution. It is obvious that unreasonable cancellation of some laws and regulations may lead to regulatory vacuum and chaos in the economy and, first of all, in the areas of food security and exports-imports. We need to calculate the consequences and neutralize the negative effects.

For sure, we are not going to reject the concept of the operational plan on changing the regulatory environment developed by the NGOs, international experts and the government.

– What exactly does this plan include?

– Inventory of regulatory acts, their systematization and prioritization to review, the open and inclusive regulations review process with the help of the technology that allows doing that as quick as possible, systematically and without bias, and improving the institutional filters for adoption of new regulations that hinder the business.

The goal is to create the high quality and meaningful regulation in Ukraine.

I’m sure that you can see the results of our work already by the end of the year.

– Since a year and a half, politicians have been promising business to carry out the effective and complete deregulation, so-called “guillotine”. Now a priority is given to the “reasonable” deregulation, but the result still will be visible in a couple of years. How do you plan to explain such a policy jump for business owners?

– I wouldn’t like to comment on political statements. At the same time, I understand very well that if people have some questions, there is a need to seek answers together.

As you said, the reasonable “deregulation” is the next stage of the reform aimed at improving the regulatory rules, so it can’t be considered separately from the first stage, in terms of which dozens of permitting and other regulatory procedures will be cancelled, simplified or improved already by the end of the year. BRDO is actively involved in this work already now.

I’m sure that you can see the results of our work already by the end of the year and business will be able to take advantage of these results in the first quarter of the next year.

– How do you see the deregulation process now, after the abandonment of the “guillotine”? What stages are involved?

– I’ll start by saying that now we are focused on four sectors: agriculture and food security, construction, energy, control and supervision. First of all, we make the inventory of regulatory acts in each of these sectors. It is necessary to assess the scope of the work and plan it.

Then we will start to analyze regulations and, according to the results, divide them into three nominal groups: the ones needed to be saved, the ones to be improved and the ones to be removed from the regulatory environment.

With this overall picture, we have to work out a package of proposals to improve regulation in the sectors systematically. Our goal is to create a friendly and supportive regulatory environment for business in Ukraine. This refers to not only deregulation, but also constant monitoring and analysis of new regulations.

This analysis is a continuous process. For the purposes of regulatory policy, the legislation can’t be assessed statistically while analyzing it only at specific point in time. It is necessary to assess it in terms of the dynamic pattern while analyzing the reasons of one or another regulation and assessing its viability.

The task of BRDO is to be a kind of antivirus for business environment, remove existing harmful documents and prevent the adoption of new ones.

The task of BRDO is to be a kind of antivirus for business environment, remove existing harmful documents and prevent the adoption of new ones.

– Did you take into account the international experience when creating the Office, or followed the unique Ukrainian way?

– There is no unified idea on how such a tool should work not only in Ukraine but also in the world. There is a general understanding of its purpose – to improve business climate and rules for creating regulatory environment. The general principle is the following: first, the government formulates and evaluates the problem, then chooses a way to solve it and the necessary instruments, sets the parameters that can be used to assess the viability of a regulation after a certain time. Each country implemented details of this general principle in its own way, but the mechanism of correcting rules is a key condition for quality regulation. I’m sure that we will be able to implement the best practices of creating the regulations in Ukraine.

– What countries have been analyzed?

– We studied the experience of the Britain, Germany, Poland, the Baltic states, Moldova and the Balkan countries. The idea was to create a standardized process, the quality of which can be estimated and improved in the course of work. Then the already established instrument tested by the Office will be given to the state.

– Nevertheless, the first task is to simplify the business conduct rules, in other words, implement the deregulation. Is there a phased plan of its implementation?

Let me underlined that the first stage of the reform is already coming to its logical conclusion. The Cabinet of Ministers made and approved a special plan of deregulation which has been largely implemented.

As for the Office, we completed the organizational stage (building a core team, creating a work environment, communication with regulators and relations with donors) and, one can say that since 1 November 2015, we started a full working process. Of course, reaching the project capacity is still far away.

The current stage is the inventory. By November 16 we expect to have the first figures for the number of regulatory acts in the sectors, which will allow us to plan further work more accurately. Then there will be analysis and assessment stage. The working title is the Rolling Review. Afterwards, there will be preparation of recommendations and draft amendments based on the analysis results: what should be done to one or another document. As a result, the system of regular refinement and continuous quality control of the regulatory environment should be established.

– What time limit did you set?

– It would be possible to say more specifically how long it will take to analyze all existing regulatory acts only after the inventory of legislation. There has been no clear idea on how many such documents exist in Ukraine therefore, it is impossible to say how long will take their analysis and improvement.

Our goal is to establish such reputation that the government authorities are interested in our cooperation.

– Can you name the criteria for assessing documents?

– A clearly defined list will be prepared later: now we are working this method from A to Z. I can only say that it will be based on the following criteria: legality, usefulness, existence of corruption risks and compliance with the international obligations of Ukraine.

– Who will assess regulations by these criteria?

– The Better Regulation Delivery Office experts. We are planning to engage the regulatory authority employees and business community representatives.

– It is done according to a clear standardized checklist which will allow to get the most objective analysis results. it will be a clear conclusion, a review, based on which the decision on the importance and role of one or another regulatory act will be taken. This will allow to gain a holistic view: what is the situation in given areas, where the situation is normal and where it is problematic.

– A significant question: how binding will be the conclusions and recommendations of your Office?

– The Office is certainly advisory in its nature. We have a Partner-regulator for each act – either a ministry or a department. Therefore, we will closely cooperate with them, but we still have to work out specific operating procedures. We will either send them a package of analyzed documents and our recommendations roughly once a month or constantly discuss and control the regulatory acts in real time.

– Are there any levers of influence on the Ministries and the Parliament? After all, many regulations are, in fact, a corruption honeypot for officials and they are unlikely to leave it without a fight…

– We are not the bearers of political will, we can’t force anyone to do something. However, we have different levers of influence, for example, to form an opinion of market players, work out a common position, address our views to the country’s top leadership and the Western partners. In each case, we will be guided by the regulator’s opinion. There are different ways to achieve a balance of interests. Our goal is to establish such reputation that the government authorities are interested in our cooperation.

– You mentioned the abstract term “market’s opinion”. How do you plan to build the communication with business, especially with small and medium enterprises that don’t have any representative body?

– Indeed, there are a lot more organizations representing the interests of medium and large enterprises in Ukraine. However, a stated goal of the deregulation reform is to protect the interests of small and medium-sized businesses. At the same time, there are some well-organized small businesses, for example, such as notaries and appraisers. As for the areas, where there is no organized representative body, we will conduct surveys and focus groups and use other indirect methods that will help us understand the challenges and expectations of small businesses.

The Office is a non-governmental organization that is not subordinated to any ministry.

– Who initiated to set up your office? Under the authority of what institution do you remain?

– One of the ideologists of establishing the Better Regulation Delivery Office is the Minister of Economy Aivaras Abromavichus. At the same time, the Office is a non-governmental organization that is not subordinated to any ministry.

– Who provides funding for the Office?

– The technical assistance program of the Canadian Government was a donor at the first stage. At later stages, we expect the European Union’s grant.

– What is the grant’s amount?

– According to my information, the provided funding is about 7 million euros for three years.

– So, you are given three years to build a system of effective regulation, aren’t you?

– Three years are the declared term of the project. It is absolutely enough to show real systematic results, to achieve the climate changes in the regulatory field, to organize the operation of the instrument for building a loyal regulatory environment. We believe that the quality regulation is possible in Ukraine and should be based on trust between the state and business. It only remains to implement it in practice.